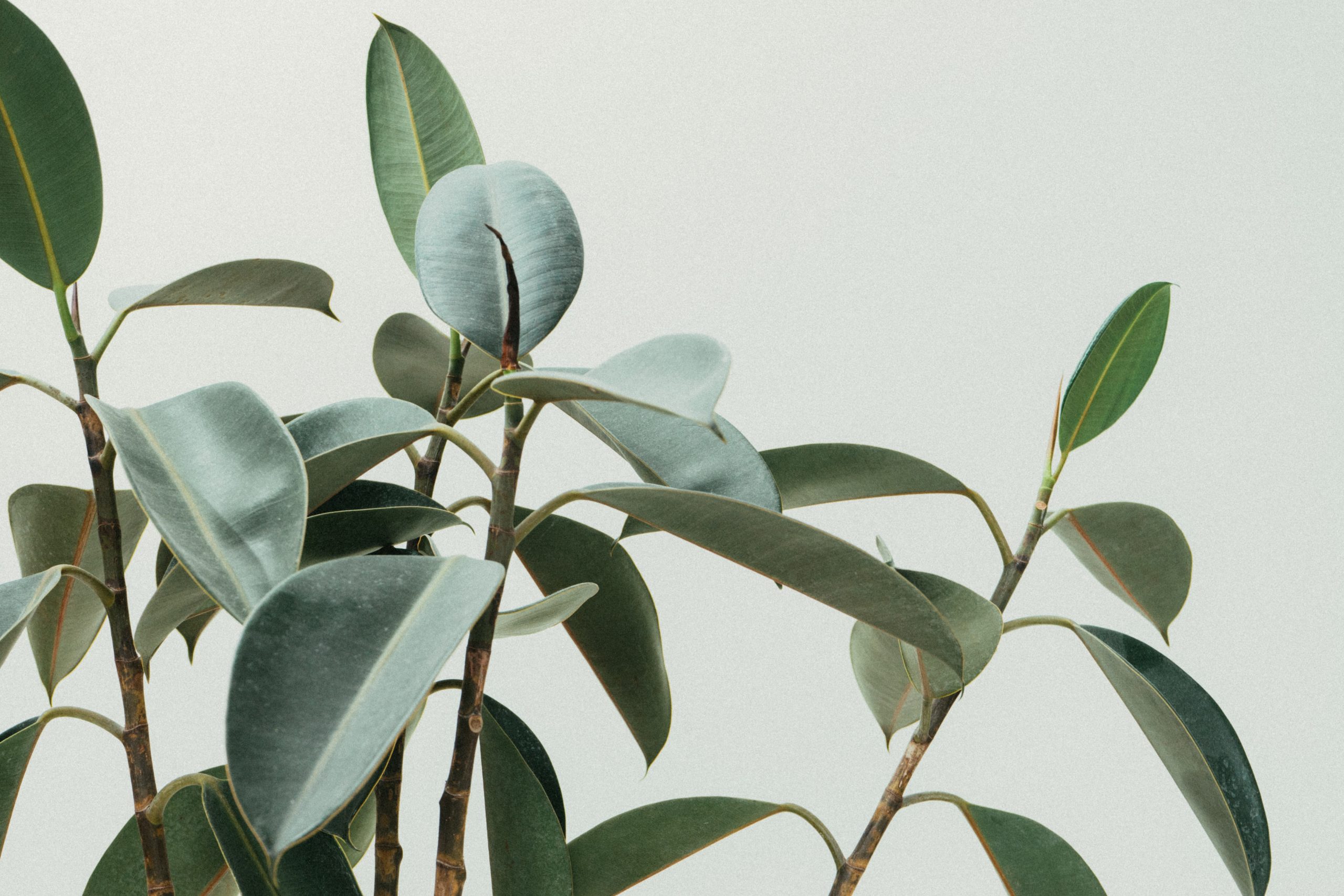 This is all thanks in large part to millennials and Gen Z plant parents, plantfluencers, the plant-based movement, and the work-from-home lifestyle that the pandemic compelled. But how about some actual numbers to demonstrate this plant-based renaissance? That’s what we’ve got for you right here: all kinds of plant statistics that we think you’ll find as fascinating as we did.

7 Out of 10 Millennials Categorized Themselves As Plant Parents The term “plant parent,” which was coined by millennials, describes taking care of indoor plants. The plants they actually look after are called plant babies. Plant parenting offers a sense of purpose and delight but requires far less effort and commitment than raising actual children or animals.

But 67% Also Called Themselves Plant Murderers

The average plant parent has killed seven indoor plants that they have brought home, according to the same study on millennials and houseplants. And 67% of them identify as plant murderers.

Plant Parents Have Some Common Worries

The study also asked its participants to share their biggest worries when it came to caring for their plant babies, and this is how those broke down:

Four out of five survey participants also believed that plant parenting had improved their ability to take care of themselves. As we all had to spend so much more time there, it’s hardly a surprise that the demand for, and sale of, all kinds of household goods increased during the pandemic, and that included houseplants.

In order to determine how pandemic-influenced houseplant popularity had affected their plant sales revenue, Garden Center magazine conducted a study involving independent garden centre owners and managers in the United States and Canada in 2021.

Garden centres reported an average rise in houseplant sales of at least 20% over the previous year. And there are no signs that this growth will soon slow down.

The fact that two-thirds of nurseries in the U.S. expected to raise houseplant pricing by more than 15% in 2022 as a result of this is one of the most noteworthy pieces of houseplant sales data from that study.

More Than Half of American Households Have At Least One Houseplant

American consumers’ ownership of plants has steadily increased since 2019. According to statistics on indoor plants, 66% of Americans have at least one plant in their homes.

The fact is that one of the most popular pastimes in the United States is now indoor gardening. According to the figures, an estimated 27% (33.1 million) of American households actively engage in indoor houseplant gardening. When prospective plant parents are searching for information about their new ‘adoptee’ they probably head to Google right? But which plants are they Googling most often? According to Google Trends data, the following are the most searched-for houseplants in the US:

When you engage with houseplants, you can feel more at ease, soothed, and comfortable, according to a study that was published in the Journal of Physiological Anthropology.

One of the two tasks was carried out by study participants. Repotting a houseplant was the first assignment, and a quick computer task was the second. Researchers examined physiological and psychological stress indicators 15 minutes after each activity.

The analysis of the data revealed that by inhibiting the autonomic nervous system’s activity, indoor plants lowered psychological and physiological stress responses. The interaction with plants only made people feel more at ease, at ease, and natural after fifteen minutes.

Their diastolic blood pressure was also found to be considerably lower.

Researchers came to the conclusion that engaging with indoor plants actively could lessen physical and mental stress. This implies that living among plants can significantly improve our mental wellness.

Numerous other research studies have confirmed the benefits of indoor plants in reducing physiological stress and adverse psychological effects. The statistics about indoor plants’ impact on productivity is the most intriguing. Numerous studies have found that having indoor plants in the office results in 15% more focus and productivity.

According to research, green offices boost productivity more than minimalist interiors without any vegetation. In major commercial offices in the UK and the Netherlands, productivity levels were investigated and tracked by University of Exeter academics.

Simply introducing plants to previously bare workspaces enhanced productivity by 15%, according to the study’s findings, which are in line with those of earlier laboratory experiments.

Additionally, fewer sick days were taken by workers whose offices had more plants.

In order to evaluate the psychological advantages of indoor plants in workplaces, another study was carried out in Norway.

Researchers discovered a link between productivity and the number of plants visible.

A single plant significantly improved the performance of a creative assignment, according to a 2002 study.

The plant closest to the participant’s position had the biggest impact, according to their research into the plants’ visibility and positioning.

This implies that having plants around your work environment, whether it be in the office or at home, has a significant positive effect even if you aren’t a houseplant enthusiast. Potted plants in indoor settings can reduce nitrogen dioxide (NO2), a pollutant that is “typical of polluted circumstances regularly observed in metropolitan areas,” according to a 2022 study published in the journal Air Quality, Atmosphere & Health.

Spathiphyllum wallisii, Dracaena fragrans, and Zamioculcas zamiifolia were three common houseplant species that were grown in the experiment under strictly controlled conditions. The authors measured the elimination of the pollutant over a one-hour period by subjecting these plants to elevated levels of NO2 in a 0.15 cubic meter container. As a result of the plant and its soil container working together, between 47 and 62 percent of NO2 was eliminated within an hour.

Similar outcomes with other plant species and contaminants have been seen in earlier studies. For instance, a 1989 NASA-led study indicated that plants like Gerbera jamesonii and Chamaedorea seifrizii may be able to absorb VOCs like benzene, formaldehyde, and trichloroethylene.

VOCS are a big category of chemicals that are included in a lot of the things we use to furnish and maintain our homes. Once these chemicals are inside our houses, they “off-gas” or are discharged into the air we breathe inside. Extensive bodies of medical research has found that VOC exposure can lead to headaches, dizziness, respiratory ailments and increased allergic reactions.

They might or might not be odoriferous, and smell is not a reliable indicator of a health risk. They are often found in paint, mattresses, foam furniture, carpet, engineered wood flooring and even some commercial air fresheners. Growing edible plants has several benefits, including cost savings on groceries, access to the freshest foods, and teaching children about a healthy lifestyle.

Statistics on indoor gardening demonstrate the increased popularity of owning and cultivating plants. According to the Garden Trends Report for 2021, 67% of adults grow edible plants.

According to the poll, 52% of them cultivate vegetables, 33% grow herbs, and 31% grow fruits and berries.

So we’ve covered who is choosing to own plants, and why, as well as how they feel about them, but what about plants themselves? Here are some interesting plant facts and plant statistics about them.

If that bouquet is a record breaker anyway. is the number of flowers needed to make the largest floral bouquet ever. The 105.7 meters long and 3.5-meter wide bouquet, which was constructed by 50 students from Singapore’s Nobleman School of Floral Design over the course of 12 hours, was primarily made up of orchid, anthurium, and gloriosa. The enormous bouquet was displayed in 2010 during the Singapore Garden Festival. As in chrysanthemums. In a single chrysanthemum plant planted at the Longwood Garden in Kennett Square, Pennsylvania, that is how many flowers are produced. The largest of its kind in the US, the plant is known as the “Thousand Bloom Chrysanthemum” and is cared for by senior gardener Yoko Arakawa. The distinctive shape of the plant is preserved, and the number of flowers increases yearly, through the method of pinching and repositioning blossoms with metal support.

That is the expected annual output of cut flowers from the Netherlands. The Dutch nation, which is regarded as the epicentre of the cut flower industry, controls 52% of the entire worldwide floral market and generates revenues of up to USD 3.2 billion. It exports more cut flowers than its closest competitors – Colombia, Ecuador – and indeed any other country. Flowers are certainly popular gifts on Valentine’s Day, but you may have never realized just how popular. On Valentine’s Day, Americans spend $2 billion on flowers for their loved ones. Approximately one billion cut flowers will be imported for the customary celebration, and 35% of Americans purchase flowers in the days before it. The typical American spends roughly $25 USD on a straightforward bouquet of mixed flowers, even more, if they choose all roses. The number of tulips on the show each year at the biggest flower festival in the world – 1 million – is only an estimate. The Canadian Tulip Festival, which takes place in May, honours the arrival of spring as well as the lasting connection between Canada and the Netherlands forged during World War Two. The streets of Ottawa are lined with more than 100 different species of tulips, with Commissioners Park serving as the festival’s focal point and home to 300,000 flowering tulips.

The tallest sunflower plant ever measured was that height. In Karst, Nordrhein Westfalen, Germany, Hans-Peter Schiffer grew the tallest sunflower in 2014. The German gardener’s passion is growing towering sunflowers, and he had broken his previous record three years in a row. His town’s fire department and many layers of scaffolding were required to measure the record-breaking height of his plant.

1.1 Meters and Kind of Gross That is the size of the largest flower on earth. Borne by the Rafflesia tuan-mudae, the full bloom is referred to as a “corpse flower” for it emits a distinct rotting meat smell which attracts its insect pollinators. Just early this year, the plant was found in the forest floors of West Sumatra, Indonesia where big rafflesias are known to inhabit. These blooms only have a week before they start to rot for good When well-tended rose bushes can thrive for years, but 1,000 years? The oldest rose plant in the world is thought to be that old. The “thousand-year rose,” a rose shrub that grows up a column of the Hildesheim Cathedral in Germany, is thought to have been planted in the 800s and has been producing pink flowers ever since. Despite being damaged by WWII bombings, the plant survived and is now surrounded by an iron fence.

Justine is passionate about gardening, food and the outdoors. She wants to help people find the joy in creating and enjoying their own garden. 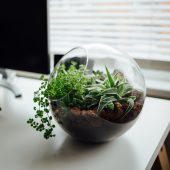 The Best Plants for a Small Terrarium