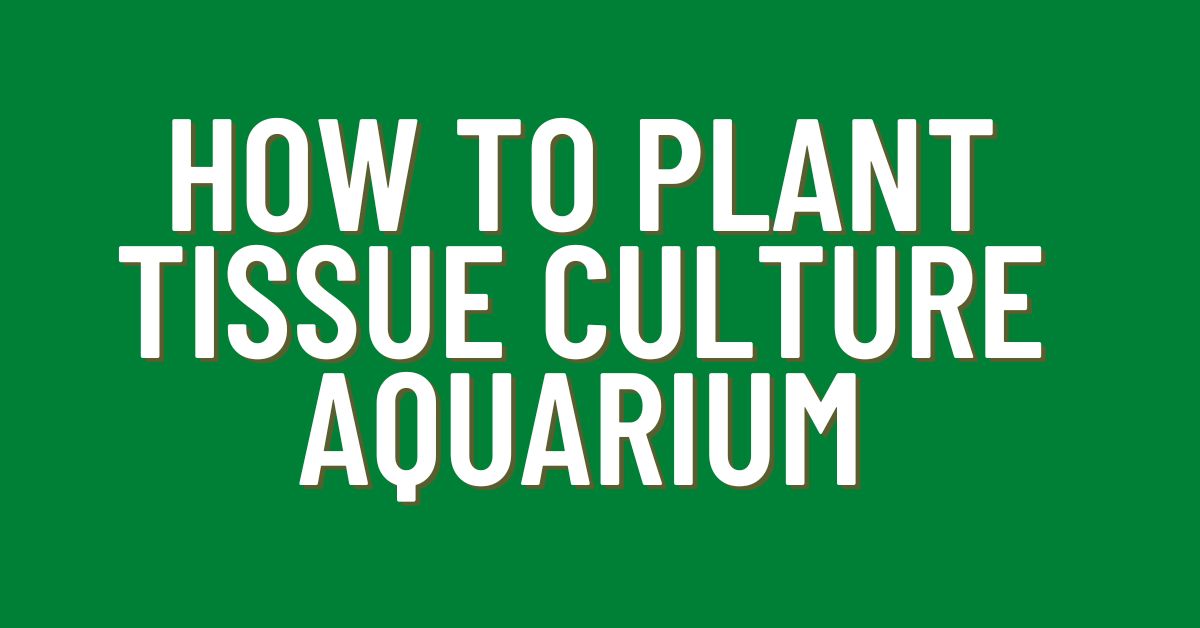 How To Plant Tissue Culture Aquarium

Tissue culture aquatic plants have been on the market for a long time, and their primary benefits to the buyer are that they are free of pests and algae, and they may provide a lot of bang for the buck if grown properly.

Plants are a method for nature to convey delight. This post will show you how to set up a tissue culture tank. So, let’s get this party started.

Plants cultivated in tissue culture are grown in a sterile environment. They’re a terrific method to get plants into your aquarium without having to worry about bugs, algae, or pesticides that come with aquarium plants sold by the pot or lead bunch. Approximately 5-8 plantlets are contained in each tissue culture cup.

Let’s get the right things done faster and learn how to plant tissue culture aquarium.

At first glance, invitro aquatic plants appear scary, but getting started with this type of aquatic plant is a lot easier than you may imagine. The first thing you should do is fill a small dish halfway with water. Don’t overfill the container since it will leak out in the next stage.

Uncap the potted tub where you got your tissue cultivated aquatic plant and hold a minor part in the center with two fingers. To remove the aquatic plant bunch from the cup, gently pull it away from the cup. Finally, rinse the bottom jelly off the tissue-grown aquatic plant section in the water you prepared previously.

After that, you may divide the aquatic plants into smaller pieces for easier planting. The final and most enjoyable stage in this process is planting. You may have noticed some individuals dividing their aquatic plants into tiny pieces and placing them on a tray. While this is an option, I choose to follow a different path.

You’ll tear half of the clump away, let the other half float in the dish, so it doesn’t dry out, then use Ultum Nature Systems pinsetters to strategically plant little pieces of the clump as I proceed through the arrangement. Sticking the aquatic plants into the dirt requires a method that you’ll pick up quickly. Pinch the lowest root section of your tissue culture’s clump with your pinsetters, dig the plant fragment straight into the soil until it is buried halfway into the aquatic soil, flip your pinsettes down a few degrees, and gently release tension before pulling out of the soil.

Aquatic plant arrangement in your aquarium is a subject in and of itself, as well as a matter of personal choice. You may undoubtedly insert the sections straight in and take them out in the same manner. However, I’ve observed that this leads plants to emerge with the pinsetters rather than at an angle. Some of the dirt will be pushed out from the side due to coming out at an angle; simply use your instrument to press the soil back.

As previously said, potted aquarium plants are typically plants that have been nurtured in their emergent state. Their roots develop in a particular substrate in a plastic mesh-pot at the aquatic plant nursery, where they are supplied with a particular nutrient solution. As previously stated, the substrate is typically formed of rock wool; however, in rare situations, it may also be constructed of coconut fiber. It may contain fertilizer leftovers and algae or non-native plants like duckweed. As a result, before using the plants in your aquarium, you should remove the substrate as much as possible.

In certain situations, newly emerging potted plants may carry microscopic bugs that have settled in during their stay in the nursery. These might be slugs or insects like aphids, whiteflies, or thrips. When the plants are utilized in an aquarium, this is typically not an issue because such creatures are land-dwellers and cannot survive in the water; also, they would be eaten by the decorative fish in the tank.

Although aquatic animals such as aquatic snails, planarians, and other worms are seldom seen on emerging potted plants, the pots are frequently submerged in water during culture and storage. Thus such “copilots” in the pots and substrate cannot be entirely ruled out.

The toughness of emerging potted plants is their greatest distinguishing attribute. A height above 10 cm is advantageous when planting an aquarium’s backdrop or middle ground behind a taller hardscape design. The plants are closer to the sun and are not shadowed by stones or driftwood, allowing them to flourish freely. In vitro plants, on the other hand, are just a few centimeters tall and have a little girth.

In an aquarium, how do you grow tissue culture?

Pinch the lowest root section of your tissue culture’s clump with your pinsettes, dig the plant fragment straight into the soil until it is buried halfway into the aquatic soil, flip your pinsettes down a few degrees, and gently release tension before pulling out of the soil.

How long may aquarium plants be kept before being planted?

Aquarium plants can live for three to four days in a bag. However, the type of plant, climate, and storage of the plants all have a role. To assist the plants in surviving longer, wrap them with damp paper towels and maintain a consistent temperature.

What are some of the drawbacks of tissue culture?

Add any heat-stable supplements you like. To get the medium to the final volume, add more tissue culture-grade water. Adjust the pH of the medium using NaOH, HCl, or KOH while stirring. If you’re using a gelling agent, heat the solution until it’s clear.

What are the best ways to keep plant tissue culture alive?

If you just need to keep your TC plants for a short time, you may put them in the refrigerator. However, it is essential to use a relaxed, sterile atmosphere to avoid infection. The chilly temperature causes the plant to hibernate, persisting for several weeks.

Tissue culture cups and packages are becoming increasingly popular to obtain plants for sale and a good cause. Tissue culture plants begin their lives in a completely sterile environment, allowing them to develop quicker and more robust than their traditionally produced counterparts, which must contend with pests and infections.

At the same time, it allows the grower to deliver immaculate, healthy plants to the end-user, and the packaging is shelf-stable for long periods, allowing the retailer to manage their plant stock for more extended periods, regardless of whether they are experienced with aquarium plants.

Consequently, you may use these instructions and information to help you with tissue culture aquarium planting. Now is the time to sow your seeds correctly, following the guidelines above so that you can enjoy the seasons. 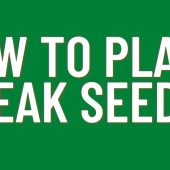 How To Plant Brodiaea Queen Fabiola