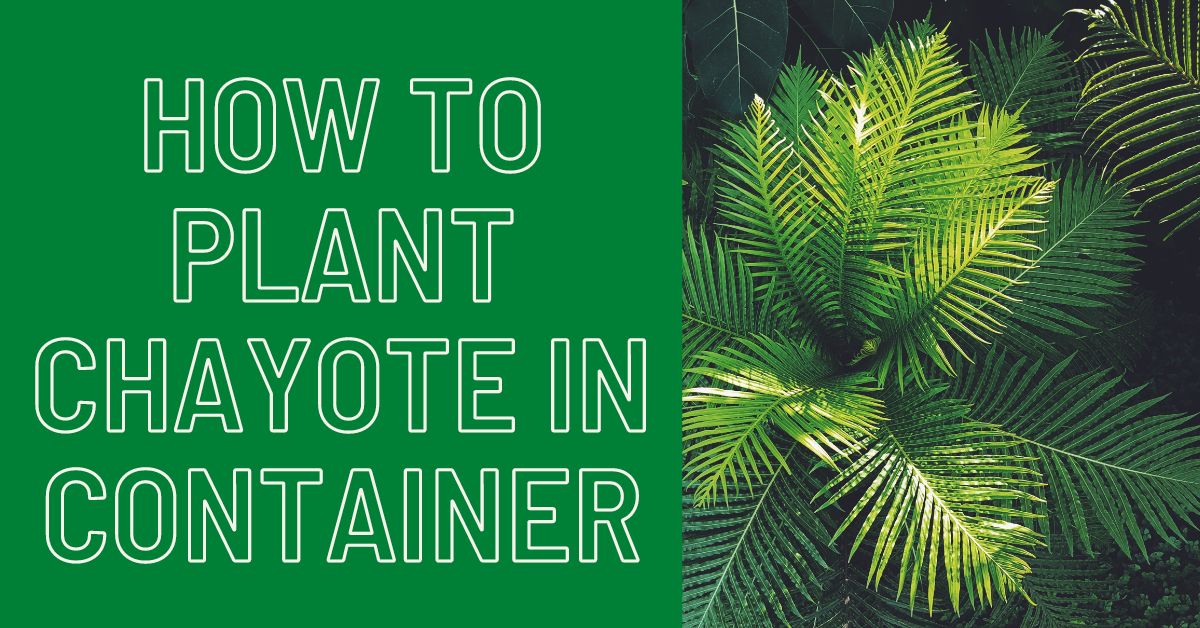 How To Plant Chayote In Container

Chayote is a vine that produces a flattened-pear-shaped fruit light green to white and tastes similar to a nutty-flavored squash. Warmer, subtropical, or tropical climates are the optimum environments for growing this strong crop.

The flavor of ripe chayote squash is moderate, like a mix between an Armenian cucumber and squash in texture. White, crisp flesh, faint apple flavor, and light sweetness characterize the taste of the green gourd. Its texture is comparable to that of the jicama.

Even though it is classified as a fruit, chayote is consumed in a different way since it is more like a vegetable. Their leaves are hairy and resemble the leaves of a maple tree. On the other hand, male and female blooms are produced on the same Chayote vine.

Chayote is also renowned as a health-promoting plant since it includes a variety of vitamins and minerals, including high levels of vitamin C and folic acid and moderate amounts of vitamin K, B6, manganese, copper, and zinc, among other nutrients. Chayote is also a good source of calcium and iron in tiny doses.

That’s why anyone you might have this type of tree in their house. However, this warm season and the sensitive plant may also be cultivated in a container, which would appeal to houseplant enthusiasts who will fall in love with this Chayote and wish to plant them.

So, if you’re looking for information on how to plant chayote in a container, you’ve come to the correct spot. So in this post, we’ll teach you how to quickly and easily grow Chayote in a container. So, without further ado, let’s get this party started.

There are a few considerations to bear in mind if you want to keep your Chayote happy and healthy:

The chayote plant needs and it dries out sufficiently between rains or watering so that the Chayote plant’s roots may take up oxygen and not rot due to excessive water retention.

On the other hand, Chayote can also grow in clay soils, although it is not recommended for growing in locations where the soil has poor drainage or becomes soggy after heavy rain. The pH of the soil should be between 6.0 and 6.8 for chayote.

Chayote is a delicate plant that grows well in warm weather. Sprout the entire crop 3 to 4 weeks after the last average frost date in the spring, when the weather has warmed up.

Because chayote is a short-day plant, it will only blossom when the day duration is shorter than roughly 12 hours. After pollination, the development of the fruit takes 1-2 months.

Chayote may be grown in partial shade. However, the yield will be reduced due to the lower amount of light. “Partial shadow” refers to the Chayote plant requiring 3-6 hours of direct sunlight each day.

Plants that like part shade benefit from “cool sun,” which is defined as direct sunlight in the morning or evening with shelter from the scorching midday heat.

The optimal size pot for growing chayote is 16-18 inches in diameter. When there is a doubt regarding depth, grow chayote in a approximately 24 inches deep container. A trellis or support should be installed in the container at the time of planting to accommodate the strong growth of the Chayote plant.

How To Chayote In Container

Step 1: Plant the Chayote in a proper deep

Using the thick end of a chayote fruit, plant it approximately 4 to 6 inches (10-15cm) deep and at a 45-degree angle to the soil surface so that the stem end is just level with the soil surface. Sow seeds or fruits at a distance of 10 feet apart.

A solid trellis or support should be placed before planting the chayote, as with any aggressive climber. Start by scooping out a hole in the center to make room for the fruit and burying it 4-6 inches below the soil’s surface. After you’ve planted your Chayote, softly shovel the soil around it to remove lose it.

Place the pot in a location where it will receive direct sunshine. If you decide to keep it indoors, it should be placed in a position that is around 1-2 feet from a west- or south-facing window that receives lots of sunshine.

Step 3: Water Your Chayote Properly After Plant Them

Water the plant just when the earth begins to feel dry around the base of the plant. These plants require a regular watering schedule, but you must be careful not to overwater and cause the soil to get wet. When the soil is wet, fungus increases and proliferates, and the fungus begins to spread, beginning at the extremities of the roots and spreading throughout the plant.

Roots developing in soggy soil, on the other hand, may kill as a result of their inability to absorb the oxygen required for optimal functioning. The more significant the amount of root damage caused by a prolonged lack of oxygen.

The decaying roots cannot give the plants nutrients and water since they have died. So, as previously said, gently water your Chayote plants after being planted.

Caring Tips For Your Chayote

After planting your Chayote in a container, maintaining them regularly is very important. Maintaining Chayote in the container is not a difficult task. You have to follow some things in the daily gap of your weekend, that’s it.

Water Your Chayote At The Time Of Growing

Water the chayote once or twice a week to ensure that the soil does not get fully dehydrated. Check the soil every two to three days and water if the top 1 inch of soil seems dry.

Chayote flourishes in soil that are kept wet at all times by rain or irrigation. It should be well watered before being placed outside when the weather is warm enough.

Maintain an equal moisture level in the plant’s soil, but avoid overwatering and making it soggy. You may also provide it with a small amount of mulch to aid its growth. Don’t allow the soil to dry; instead, give the chayote even, frequent water.

We already know that Chayote can grow in practically any soil type, although it is loose but rich in organic content. Manure or compost that has been properly prepared is the most excellent fertiliser.

Mulching aids in the preservation of moisture and the improvement of the soil’s condition. When done correctly, it is beneficial to the plants involved. Mulch the chayote plant with a layer of 10-12 inches (25-30 cm) of soil after harvesting and before the first frosts arrive to protect it from the elements.

Treat Your Chayote From Pests and Diseases

The nematode Heterodera radicicol can cause damage to the roots of chayote plants. Melon flies produce flaws in the fruit. However, they do not grow on the fruit.

Other insect pests include the cucumber beetle, the squash ladybug, and the squash vine borer, just a few examples. Aphids have been known to harm chayote vines.

Aphids are carriers of fatal viruses that infect and kill the plants they feed. These viruses are capable of causing significant harm to potatoes, citrus crops, and cereals.

If you detect deformed, curled, stunted, or yellowing leaves, call your local nursery. Check the undersides of leaves for aphids, since they prefer to hide in these gaps.

Natural predators such as ladybugs, green lacewings, and birds can be used to your advantage. On the other hand, Chayote plants were afflicted by a yellow mosaic disease, which caused yellow patches, mosaic, and upward curling of the leaves and occasional enations on the leaves of the affected plants.

It is sufficient to simply remove and kill diseased leaves and plants from your Chayote to resolve this issue.

How much chayote does a plant produce?

One plant may yield 60 to 80 palm-sized fruits, which can be stored for a month or longer if wrapped in plastic and kept refrigerated. Chayote is known as the “Zelig” of edible plants.

How long does it take for chayote to sprout?

Because chayote is a short-day plant, it will only blossom when the day duration is shorter than roughly 12 hours. Fruit development takes around 1-2 months following pollination.

Is chayote terrible for diabetes?

In addition to being low in total carbohydrates, chayote squash is also high in fiber, which may help manage blood sugar levels (7). Soluble fiber slows down the digestion and absorption of carbohydrates, resulting in a lower blood sugar response after you consume it (8). Chayote may also help to improve blood sugar management by interfering with insulin production.

Using merely a container, you may begin the procedure immediately. There is no shortcut to the prescribed measures, and they must be followed meticulously.

Hope this post about growing chayote in containers helps you out with your questions! Don’t waste any more time and begin assembling the necessary supplies and equipment to grow a chayote plant to harvest delicious crops. 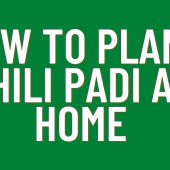 How To Plant Chili Padi At Home 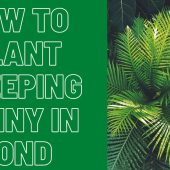 How To Plant Creeping Jenny In Pond